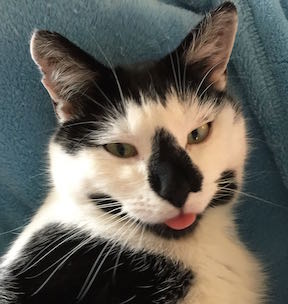 Meet Jack, honorary Happy Jack Cats, Inc. Board member and “mascat.” Read on if you would like to learn more about this mysterious feline super hero.

Jack comes from humble beginnings, a trailer park in Nyssa, Oregon. He joined the HJC team at six months old and took up residence with Board member, Susan, quickly whipping her and her household into shape.

When Jack arrived at Susan’s, he was food aggressive, but once he got rid of the tapeworm and realized that he would be getting plenty of kibble in his new place, he didn’t feel quite so desperate. Before that, there was one unfortunate incident with a loaf of bread that is probably best forgotten. Once he settled in, it was time for Jack to realize his destiny and become the visual representative of Happy Jack Cats.

Jack is the personification (or catification) of a happy cat because of his big, silly smile. Since our rescue is known as a positive community asset, who better to represent it than smiling Jack, a rescue himself.

Jack posed for our spectacular logo by Idaho artist, Ward Hooper, and we have it from one well-known heavyweight in the cat world (initials JG), that it’s a winner. Although Jack is our mascat, and as such should be making public appearances, he refuses because he’s a cat, and cats don’t do anything they don’t want to do. He’s a private cat and prefers to stay out of the spotlight as much as possible. Also— again because he doesn't do anything he doesn't want to do—he will not put on clothes!

Happy Jack Cats would like to thank Jack for his contribution to the kitten rescue that bears his name. Where would we be without Jack? In the litter box, that’s where.

Return to About page 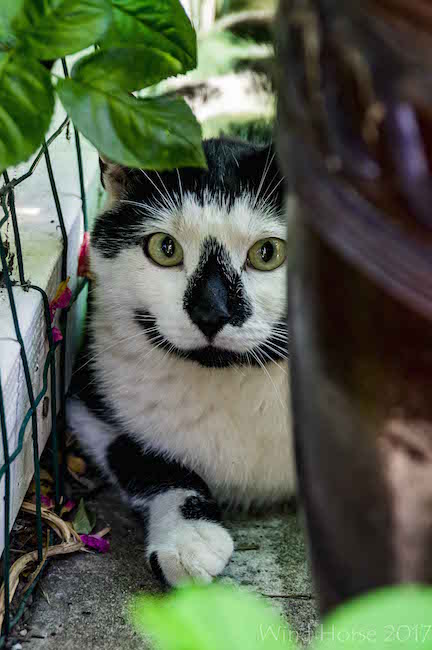 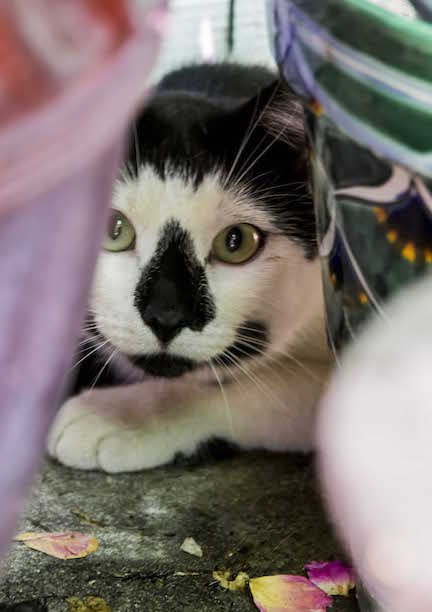 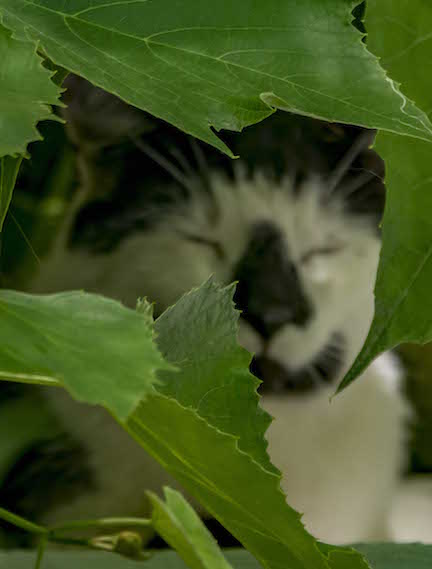 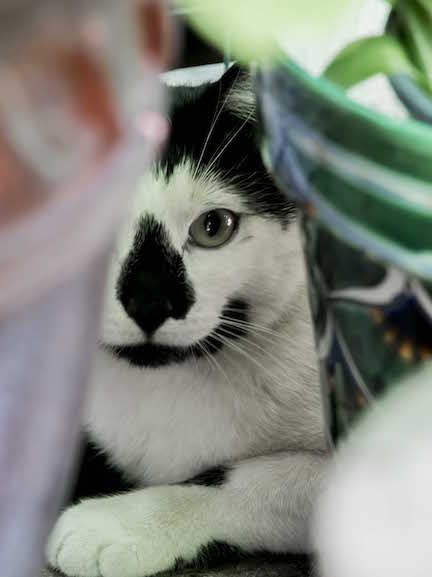